Silicon. It probably doesn’t show up on your soil analysis, and maybe you don’t look for silicon-heavy amendments when doing your annual fertilizer shopping. But when silicon has been leached from the soil and is not replenished, plants succumb to stress—fungus, disease, pest pressure, temperature, salinity—reducing the yield, the quality of the produce, and its post-harvest longevity.

The importance of silicon does not end with the plant. As consumers of vegetables, silicon content matters in our diet. Anthony Boutard of Ayers Creek Farm reflects on silicon,

“When we moved to Gaston twelve years ago, we noticed many signs advertising “Eastern Oregon Hay.” We asked our friend Eric, a dedicated horse farmer, why hay from the eastern part of the state was such a big deal. He told us that the soil from the dry eastern side of the Cascades has higher silicon content, and the hay from the region produces stronger bones and joints in horses. … We easily accept calcium as necessary for strong bones, but few people other than horse owners appreciate the need for silicon in the diet, or the fact that it can be deficient in foods grown on certain soils.” (Beautiful Corn, p. 80)

You can top off your soil’s silicon levels with the mineral wollastonite, which we carry under the brand name VanSil. It’s approved for organic production, and shown to offer the benefits of silicon described above. Wollastonite is high in calcium silicate (spelled Ca2SiO4 or 2CaO·SiO2).

In addition to providing silicon, wollastonite works as a liming agent. It’s about 93% as effective as ag lime—so, you can use it as a substitute for some, or all, of your liming that you already apply for maintenance of our acidic soils, saving on amendment costs. VanSil is marginally more expensive than ag lime, but remember, not only does it regulate pH, it also confers a whole separate benefit: silicon.

Other amendments contain silicon as well, as we discuss further below. But none of the other options double as a liming agent, and they’re all more expensive, and only some are OMRI-listed, which is why we typically recommend wollastonite.

Why apply it? What levels are beneficial, deficient, excessive? Who’s worked with it?

In short, silicon helps a plant to resist all kinds of stresses. Extension research from Rutgers, an East coast land grant university, has shown that applying wollastonite instead of calcium carbonate delivers a host of statistically significant benefits, including reduction of plant diseases and fungi (including powdery mildew and leafspot), increased yield, increased post-harvest longevity, and decreased palatability to sucking pests (incl. aphids and stem borers). Other researchers (cited below) have found that silicon helps plants with metal toxicity, deficiency or excess of potassium, phosphorus, and nitrogen, low-temperature stress, and salinity levels. The short version is that silicon makes a plant more resilient to biotic and abiotic stressors in its environment, measurably improving yield and quality in the final product. This isn’t just for some commodity-scale crop like sugar beets: these results were observed in vegetables (cabbage, squash) as well as grasses (including corn), which are known to be heavy silicon accumulators.

O.K., so what are the numbers? What thresholds are deficient, or adequate?

Rutgers found that dicotyledonous plants benefit from an extra application of silicon if soil test levels are below 30 ppm; for grasses, apply if your test is below 40 ppm. (Your soil may only be 15-30 ppm in its natural state.) Consider asking your lab for a silicon analysis by acetic acid soil extraction. Read more here, from Rutgers. That report also discusses performing a foliar test to ascertain adequate silicon accumulation.

Who says we need it?

Silicon was deemed to be an “inessential” plant nutrient back in the 1860’s, when German soil scientists found they could grow plants in soilless solutions without any silicon. And yet, some plants will accumulate up to 10% silicon—including some of our important staple cereal crops, like corn and wheat, which accumulate more silicon in their tissues than any other element. Turns out that this is why we have customers building their peat-based soilless mixes and looking to incorporate trace amounts of silicon. (Which, in fact, is what some of the commercial blends have already done–take a close look at the labels next time you pick up a bag.)

What’s the deal, isn’t silicon already in the ground? Why add more?

Yes, silicon is found in sands (containing quartz, made of silica, SiO2), and clays (containing sheets of silica). But silica has limited solubility, and plants only uptake silicon in solution as silicic acid, H4SiO4. This is why our west Oregon soils may contain quartz, and yet prove deficient in silicon.

So what are the other sources of silicon, agriculturally? Other than wollastonite?

There’s potassium silicate (K2SiO3), which we carry under the brandname AgSil 16. offers a soluble source for feeding silicon and potassium. But potassium silicate is prohibited in organic agriculture. And many of us already have adequate potassium, anyway.

And there’s rock flours, like greensand. Our greensand is 58.97% silica, according to the guaranteed analysis. And it is permitted in organics. Other OMRI-listed rock flours also contain silicon (as silica), like glacial rock dust (871 ppm Si), basalt dust (995 ppm Si), diatomaceous earth (89% silica), and azomite (65% silica).

The silicon source used by Rutgers, in their studies of silicon’s use in agriculture, is calcium silicate (spelled Ca2SiO4 or 2CaO·SiO2), as we discussed above. Calcium silicate is permitted in organics, so long as you get it as the mineral wollastonite, and not from a steel mill. We carry wollastonite as VanSil, and recommend it as a source of silicon. It can conveniently be used instead of calcium carbonate for your liming this year, even just in part, while you determine whether silicon might help your soil health and crop resilience.

As always, be cautious when handling and spreading any kind of dust that contains silica, whether that’s D.E., glacial rock flour, greensand or anything else. 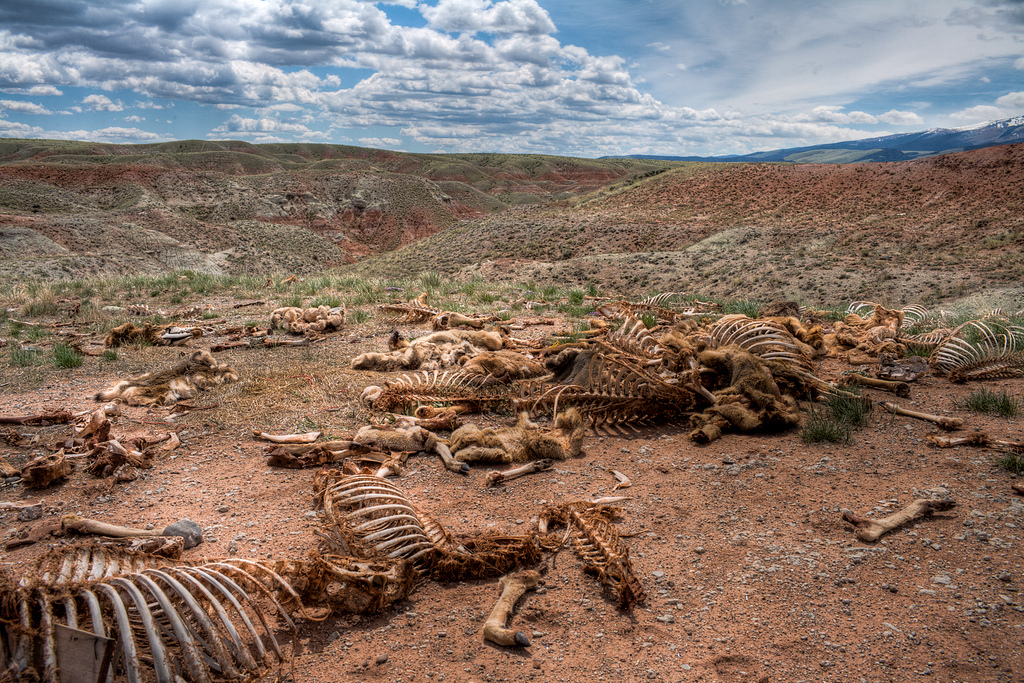 Phosphorus can be a limiting factor in crop yield here in the Pacific Northwest, as in agriculture globally. But OSU is now broadly recommending that organic farmers watch their phosphorus inputs. In consulting with our local farmers, they often find that phosphorus has routinely been kept too high. (Their new recommendation is to keep P < 50ppm.)

What are the risks of over-applying phosphorus? After all, a plant does not uptake it excessively. However, runoff and leaching of phosphorus damages our waterways and aquatic life. It causes eutrophication, or hypoxia. One very visible example of this is the dieoff in the Gulf of Mexico. Read about it here, from the NOAA.

Additionally, there is the question of sourcing our phosphorus. The phosphorus cycle in our environment is very slow, comparatively speaking. It does not enter the atmosphere, but cycles from the soil into mineral and animal forms (bones). What this means is that the phosphorus that leaches or runs off from our soils does not return to its rock form for generations, becoming lost to us as a fertilizing agent. Soft rock phosphate is a non-renewable resource, like fossil fuels, and we can only mine it for so long before it is gone. Synthetic triple superphosphates depend on soft rock phosphate, from which they are made. Already, concerns about its scarcity have ignited geopolitical conflict in the Western Sahara, where most of the world’s reserves are found. (Substantial deposits in Australia and Florida have mitigated the alarm over peak phosphorus.)

But there are alternatives to soft rock phosphate and its synthetic progeny, triple superphosphate. Phosphorus is also available in a so-called “recycled” form in amendments like bone meal and fish bone meal. In fact, pound-for-pound, this phosphorus is generally more affordable than soft rock phosphate. Further, being derived from animal material rather than rock, it is more readily and quickly available to plants, meaning it is more appropriate for our purposes. And finally, it saves us from mining more of the rock out of the ground, getting more mileage from the phosphate we have already mined by reusing it.

Bones have been an source of phosphorus since ancient times. Mesoamerican and Mesopotamian archaeology attests to the practice of calcinating an enemy’s skeleton for use as a whitewash or fertilizer– consider Amos 2:1. Ancient cultures seemed to have some understanding that battlefields, watered with blood and dusted with bones, held extra fertility. And in the 19th century, England ran a bustling trade in the post-battle market for human bones, whether the source was Waterloo post-Napoleon, or Egypt’s catacombs. See this article from 1829, scroll down to “traffic in human bones.”

How much phosphorus do you apply? Do certain crops respond more than others? What amendments provide it on your farms? What arrangements have you made for the disposal of your skeleton? 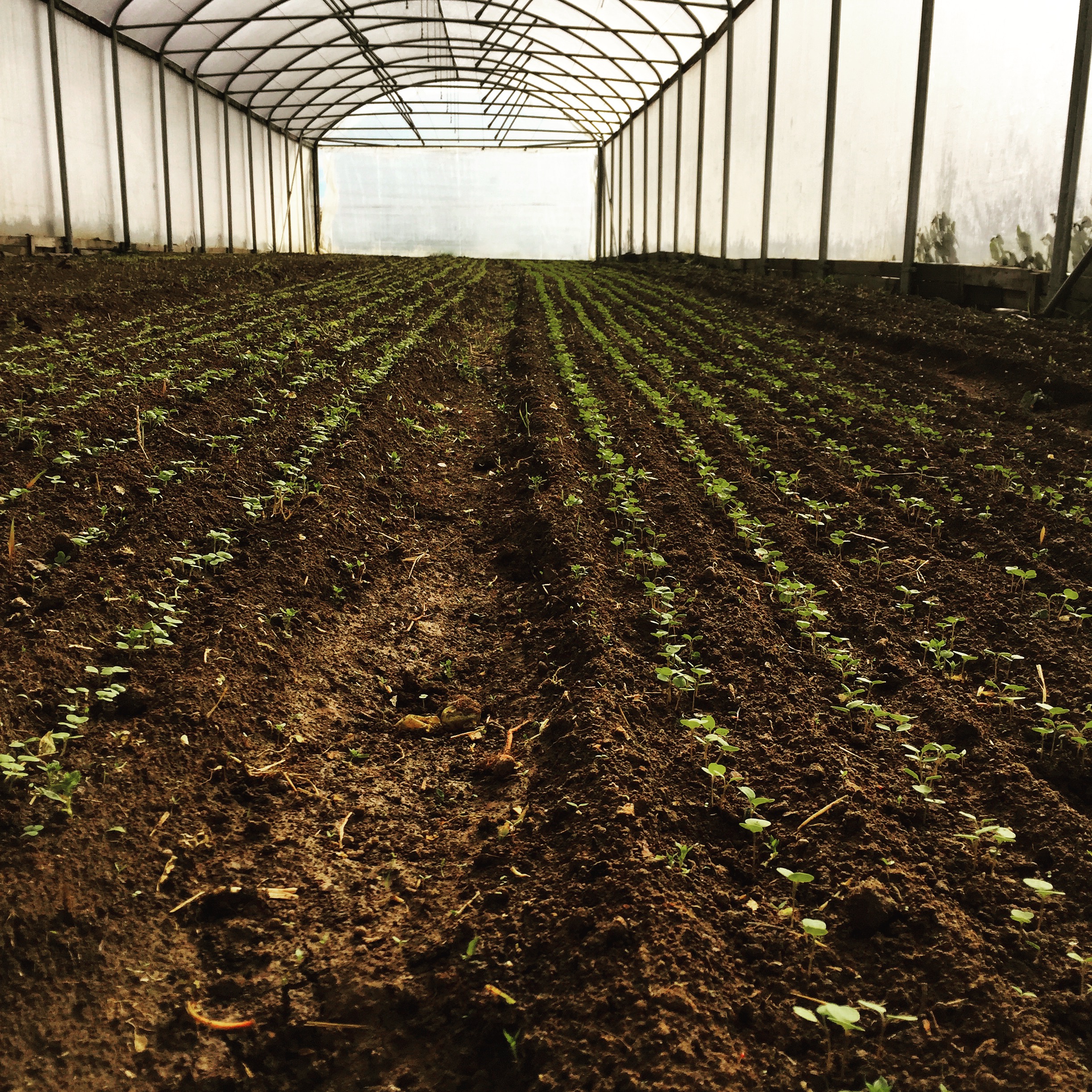 Some of us from Concentrates were recently at a public workshop with Dan Sullivan and Nick Andrews from OSU, about nutrient management for organic farmers. It helped us dial-in some of our soil test interpretation, something we commonly help our customers with.

As far as potassium, it can easily get too high with the application of manure or certain composts. Potassium is one of the nutrients that a plant will “accumulate,” meaning they will keep on taking more even when they don’t need it, even to the detriment of other nutrients, like magnesium. Symptoms of a magnesium deficiency can be present when potassium is in excess, even though adequate magnesium is in the soil. Potassium levels are adequate at 200 ppm.

Sulfur is hard to test for, since much of it is stored in the organic matter, but lab analyses do not account for this portion of the overall sulfur. That being said, they felt comfortable advising the application of sulfur if the soil test indicates less than 20 ppm. Sulfur is very affordable as gypsum, and applying it generously is not a risky proposition. A surplus of sulfur or calcium in the soil won’t affect the plant; nor does it become a gas; nor do they leach readily.

Boron is deficient in most of our soils here in the Willamette Valley, but a boron deficiency only presents acute problems for certain crops– beets and brassicas, especially. For those crops, an indicated deficiency can be remedied by applying 1-3# boron/acre. We carry small units of Solubor (20.5% boron) for adding this boron as a foliar spray; or, you can get a similar effect with a healthy dose of kelp meal or Azomite, trace mineral sources high in boron.

Nitrogen is a complicated question, involving assessing the nitrogen values from your cover crops, as well as any contributions you might expect from your years of building organic matter. OSU has conducted tests and reached the conclusion that the best way to factor for nitrate from organic matter is to conduct nitrate tests throughout the season–once, when the crop in question has a few true leaves, and again at the end of the season but before winter rains.

We send our soils off to a lab for analysis, and the lab prints their own recommendations at the bottom of the page. But Dan and Nick reviewed that these recommendations are not in sync with OSU’s decades of research for our region–sometimes, they recommend excessive applications; sometimes, inadequate. So we use the thresholds endorsed by the land-grant universities and their research to dial-in our own advice.

Dan and Nick dismissed the value of evaluating cation ratios, or as a percentage of the saturation of the CEC.

Go to the next level by reading OSU’s publications–